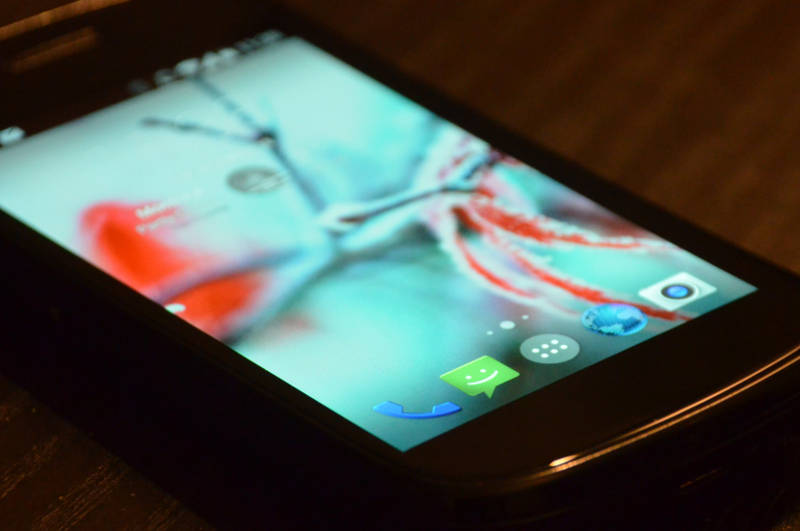 Something funny happened over the last few days. Over the weekend, I was really feeling my phone’s age. I know, considering that we’re talking about a Nexus S here, I should have felt its age over a year ago. I even complained about it the day I got it. But, I rooted it and installed CyanogenMod. I lived life on the edge and installed nightlies, daily. Or, everyday, I installed the latest nightly. Yes, that reads better.

However, things have been going downhill lately.

Performance on this phone has gotten horrible. The battery barely keeps its charge anymore, there’s plenty of lag, and there’s often a tell tale warmth about the phone. I don’t even have a lot of apps installed and Greenify has helped keep the ones I do have installed, at bay. But yeah, I do install nightlies and I was starting to suspect that the Nexus S was just coming to it’s end of life, no longer to hold its own in the world of custom ROMS.

And then this happened. CyanogenMod 11.0 M1 (based on Android 4.4.1 aka KitKat) was released for Nexus devices. I figured “what the hell”, and installed it, figuring that it either works or it doesn’t. At best, I was expecting more of the same lag and that I’d start shopping for a new phone. Like, today. But that wasn’t the case at all because KitKat’s performance is pretty stellar. I guess what I’m trying to say here is: holy shit, my Nexus S has got a new lease on life. Who needs a 2014 phone anyway?

The most noticeable performance improvements that I’ve noticed so far have been an overall faster experience, and longer battery life. Still, we’ll give it 2 weeks of solid use to see how it holds up.

Notes and New Features in KitKat 4.4.1
Alright, if  you want a real rundown of all the new features in 4.4.1, here they are. If you want to read about my stray observations since installing 4.4.1, read on.

1. Easter Egg in KitKat: for some crazy reason, this is the first thing I checked. I couldn’t help it. I had to know what it was.  Click on Settings/About Phone. Tap on Android Version rapidly. You’ll see a big K. You can spin it. Or hold it until it buzzes. You’ll soon see a big Android/KitKat logo. Hold that until it buzzes. You’ll then see a patchwork of Android related icons (eclair, donut, cupcake, etc). It might be a game of some sort, and if it is, I’m losing.

4. Google Apps: If you do update to CyanogenMod 11.0, you’ll need to install the Gapps package. You can download it directly from here: http://wiki.cyanogenmod.org/w/Gapps or, direct download link from here http://itvends.com/gapps/gapps-kk-20131119.zip

5. ClockworkMod: You will also need to update your Clockwork Recovery prior to updating or the update will fail (dead android guy). You can download it for your specific device from their ROM manager page.

6. WhisperPush: The last nightly includes WhisperPush. The application is maintained by Open WhisperSystems. This is related to Secure Message Integration, aka encrypted text messaging.

Update: On December 9 2013, 4.4.2 was released with a bunch of security fixes. Last night’s CyanogenMod nightly included this update. Oh yeah.