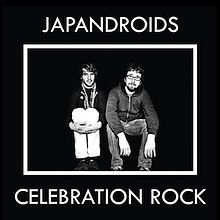 I just drove back from Toronto and for anyone who’s ever driven that 6 hour stretch of boredom knows, music makes it less painless. Especially if you’re driving alone.

On this drive, I was determined to do it with some “new” music. Not newly released per se, but “new” as in, “I’ve sort of heard of these bands but haven’t had a chance to listen to them yet, so give me a chance to catch up to the rest of you early adopters, alright?”

Yeah, these are probably all so last month, but hey.

Dirty Projectors – Swing Lo Magellan
What’s that? They’ve been around for 10 years? Well, I had a listen to Swing Lo Magellan (July 2012) and found it to be unpredictable and original. You can’t listen to this without noticing David Longstreth‘s vocal acrobatics which definitely has a Björk influence. At first it sort of sounds like he’s making it up as he goes along, but you soon realize that there’s a method. The arrangements are just as interesting with some crazy guitar phrasing thrown in. Hard to pinpoint the “style” and I think that’s a good thing. I probably need a few more listens because at times it’s this close to making me angry, yet I’m intrigued enough to give it a chance. Also, the album cover looks like they might have used Instagram for it and that makes me…well I have issues with Instagram. Anyway.

Japandroids – Celebration Rock
Great name, fun album. Japandroids is a two-piece (guitar and drums) that draws no musical comparison to those other recent famous two piece guitar and drums bands (you know who you are). Celebration Rock (May 2012) is fun straight ahead 4/4 driving beats and distortion. It’s like, middle class punk without the anarchy. Or something. The straight forward arrangements make it pretty easy to wrap your head around on the first few listens.

Grimes – VisionsBy now you’ve probably heard of Grimes aka Claire Boucher even if you live under a rock. Armed with MacBook and Garageband (which she embarrassingly admits), she put together something really special. And by nature, I don’t generally gravitate towards electronic stuff. However, because Visions is so eclectic, there’s really something for everyone. No, that sounded lame. It’s just hard to put into words, but everyone should have a listen to it. Seriously, there’s a reason why Visions has gotten all kinds of acclaim.

The Decemberists – The King is Dead
Ok this one is from way back in 2011, but whatever, I hadn’t listened to it until now. The King is Dead is good ole folk/alt rock from these Portland, Oregon, guys. Plenty of great harmonies and some great tracks which I don’t remember well enough too mention here. Oh yeah, Down by the Water is awesome. Peter Buck even plays on it. This is one of those albums that you can have on in the background, or crank up for a hoedown.