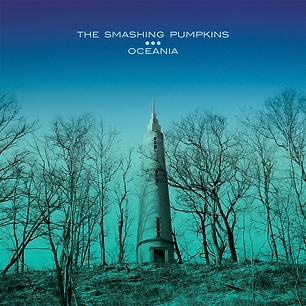 I’ll be honest, Mike is so fucking awesome, and I’m such a lazy asshole, I wasn’t planning on coming back ever. Oh I have a thousand topics I’d love to discuss, but every time I start thinking about the writing process, a huge middle finger materializes in my mind. I guess I wasn’t meant to be a writer. But something came up!

The Smashing Pumpkins released an album.

(Well it’s not really out yet. Imagine you’re 6 days in the future). As much as I hate to admit it, anything Corgan releases, especially after a long hiatus, makes me very happy and excited. Don’t ask me why. I just love the guy.

But! After Machina 2, Corgan got weird. Even DURING the Machina albums, you could feel Chamberlin’s return wasn’t enough to make Billy cook up another Mellon Collie. And he didn’t for a long time. The Zwan stuff was alright, the live tracks were better than the studio ones though. The solo album was ok too, but kinda like Adore. It sucked unless you truly loved the guy.

When Zeitgeist came out, I told a couple of close friends “This is it! Corgan is back and kicking ass!!! ” I sooo wanted to believe. Two years later, my friends totally confronted me about my early Zeitgeist enthusiasm, and I had to admit, I was wrong. Very very wrong. Zeitgeist has MAYBE two good songs, on a very sunny day.

Similarly, American Gothic almost had one good one, but Corgan totally destroyed it with overproduction. But I digest.

Then Jimmy left and Corgan started to really look like a crackpot who couldn’t get along with anyone. The music sucked (I hate everything on Kaleidyscope) and it really started feeling like he had been replaced by a shitty impersonator. No matter how great he had been, it was all over. My friends have historically poked fun at me for being a fan of the pumpkins. For them, it’s always been like digging Nickelback or Bush X. Exactly the same. I was starting to agree with them.

AND THEN!!!! I went to a Primus concert with a coworker. The guy is much younger than me but loves the old Pumpkins as much as I do. Primus were kinda tired that night, so we started talking. He told me the new pumpkins bassist had said in an interview that Oceania made her feel like when she was listening to Gish as a kid. In the end, Primus were OK but the reason I went home smiling that night was our pumpkins discussion. I SOOOO wanted to believe it! Then I found the complete shows on youtube (many many thanks to Dr.Copperpot for those) and I could see for myself. And I agreed.

Finally, here we are. Oceania is ready and almost out. Here’s what I have to say about the new band:

Mike Byrne is not Chamberlin, but he doesn’t need to be. He’s different in a good way. He’s a fuckin superhero. Wrapped in a ninja. And he can put Chamberlin to shame any day of the week by adding stuff to the old beats without even breaking a sweat.

Nicole Fiorentino is just sublime. She’s got the voice, the sound texture, the attitude, everything.

And Schroeder doesn’t annoy me as much as he used to. I’m still a bit pissed off at his blandness, but he definitely grew on me since Zeitgeist.

And Corgan. Corgan. He may have been the biggest asshole in the whole record industry these past years, I don’t care . He did one thing that made me forgive him for everything else. He fucking listened for once. And he got it right. I’m so happy he did. (Plus, I just finished reading Steve Job’s biography today. Assholes are suddenly very fashionable).

Of course this album isn’t Siamese Dream, but it’s damn good. The thick, rich textures, the enthusiasm, the sheer joy of making music as a band (I hated how phony it sounded in the Zwan album. This time it’s sincere, I promise), it’s all in there.

Plus, Corgan ages well. Remember Pat Smear when he joined Nirvana? Remember his fucking face? Well Pat Smear these days has a face like a teddy bear, he doesn’t make you angry anymore. He looks all fat and comfy. You wanna adopt a Pat Smear and hug him forever.

Corgan kinda went through a similar transformation, only, his face never was the problem. It was his heart all along. And you can tell it has mellowed. But not too much. The big ego, the anger and the musicianship are totally still around. He’s just had his ass kicked by life a bit more. And it’s a good thing if you ask me. The super skinny, hyper, conspiracy theory crackpot, new age, translucent plastic cape sporting Corgan of the Zeitgeist era kinda disgusted me. Nowadays, he shuts up, makes good songs, nurtures a beer belly and a greying second chin. It’s not very glamorous, but it makes me wanna hug him so hard, and also, 4ever.

– My love is winter

So yeah. Here it is. My review of the latest Smashing Pumpkins album. More like, a review of the band itself. Anyway, tell us what YOU think of the album! Or the band. Or Corgan. Or why you miss James.