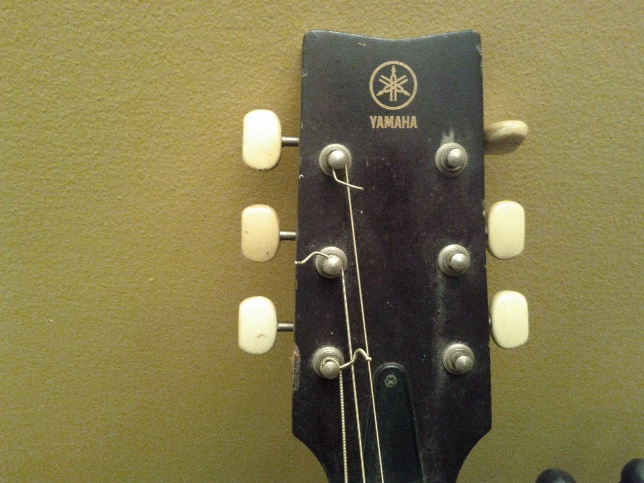 My first acoustic guitar was a Yamaha. I can’t remember the model because it was stolen during a camping trip when I was 18 or so. I was still very amateurish as a player, but I knew that it was a solid guitar. It sucked when it disappeared from our campsite and every time I play a Yamaha I remember that guitar. Pretty much every Yamaha I’ve ever played has felt like a solid piece of work.

Which is why I wonder why I’ve left this FG-75 in its pathetic state 3 stringed for so many years.

For one, it just never stayed in tune. I inherited it from an old roommate and we once tried to put strings on it. The experiment failed and we left it. Then I got busy with other guitars and it sat neglected in a corner for years.

Anyway, I have a rule: never throw out a guitar. So if I wasn’t going to ditch it, and it’s just taking up space…may as well try to fix it.

The machine heads are pretty old school. The FG-75 dates to around the mid 70’s and the machine heads come in strips of three. I picked up a set for about 12$ and amazingly, the screws aligned. Mostly. 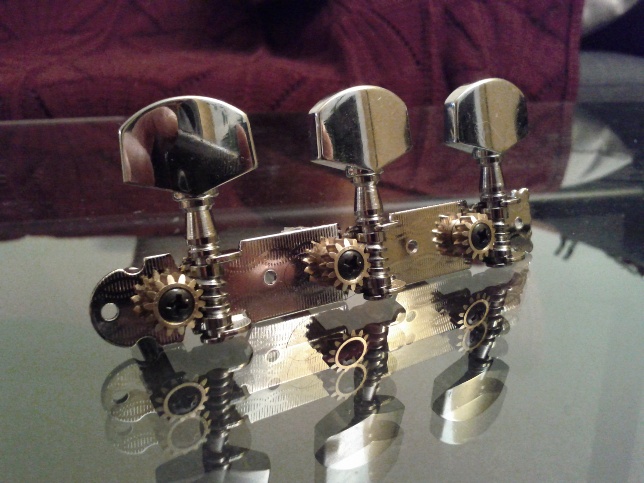 This might have been the easiest tuning repair job ever. I had the new heads installed in about 10 minutes. And they look great too. The old heads were in terrible shape. You could tell just by touching them that the gears were slipping like crazy. Not surprising with 35 year old tuners. The new ones are rock solid and firm.

Yep. They look pretty good too. Ten minutes later I had the strings on. I expected the strings to go out of tune as new strings often do, but they adjusted pretty quick. In fact, this guitar really plays well and has great tone. Plus, it’s super light. Seriously, for a guitar that’s been sitting around with 3 strings for many years, there’s no sign of warping at all. 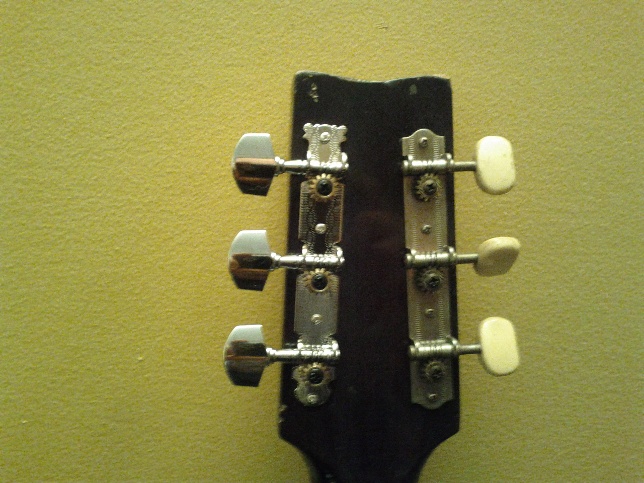 Feels like great craftsmanship. In fact, I did some quick research on the FG-75 and this guitar has been called the “perfect campfire” guitar. I can see it. For its lightness it’ll travel well.

Ok, that’s all I have to say about this. I’ve been trying to fill up this white space with guitar related text, but what else can you say about something that took 20 minutes to do. 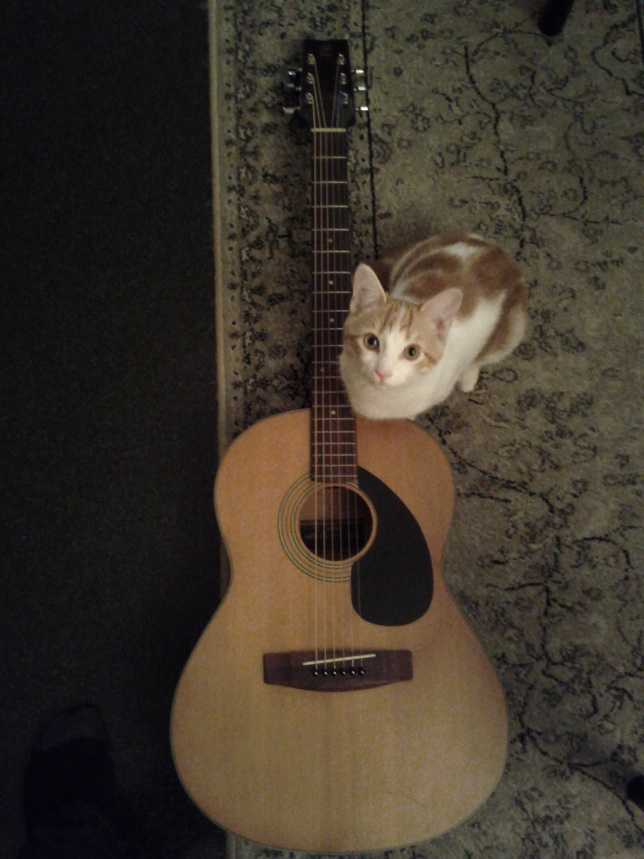