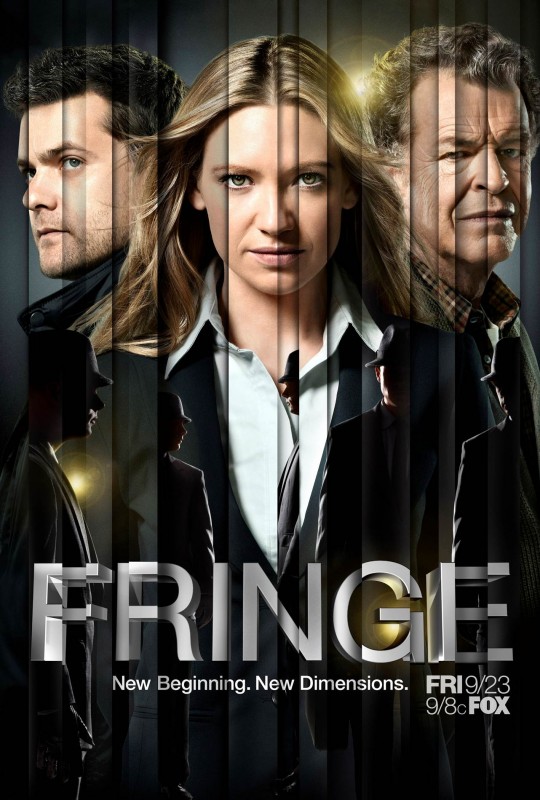 Overall, it was pretty good. With sexy red-orange titles!

The Season 3 finale was a total game changer. No more beating around the bush now that both worlds have a permanently open portal to each other. Pretty much everyone worth talking about has now met their doppelgangers face to face. Except for Peter who doesn’t have one. Which is why he vanished!

So: Where the fuck is Peter?! I mean, he’s on the poster which means that he’s coming back…just…where is he?!

Also: That bald dude who has some human feelings is up to his old tricks! He’s sentimental so it looks like he’s going to go against the will of September. Or is it August? I keep forgetting because these hot sauce eating guys are all named for months of the year and it’s confusing.

And: Will we find out more about the bald dude society?

Will: Walter finally go completely crazy? Can he go crazier that he was before? Is it possible?! Will Walternate form his own ISP called Walternet? Man, I’d sign up if he did.

More: Fight scenes between Olivia and Fauxlivia. Preferably in a cage. With Jello. That’d be hawt.

What: Do we call Astrid’s doppelganger? Fakestrid? Otherstrid? Diffstrid? Come on, help me out guys, I’m dyin’ up here!

I’m hoping for a decent season without too many throwaway episodes like the one with Mole Boy (you knew I’d mention him). Seriously, Night of Desirable Objects was pretty bad. And laughable. Fringe is a lot like X-Files in many respects but that episode was really trying too hard.

Fringe can be downloaded every Friday night.