Having a smart phone is supposed to be all about the Apps because…or was that productivity? Anyway, why would you want to be productive? On a phone. Whatev.

So I installed a few games that are supposed to be the best ones. And popular too! However, I did stay away from Angry Birds since it just looks lame.

2. Trap – Remember Qix? This is basically the same thing. You have to claim the majority of the playing field without touching the Qix entity thing. Trap, in comparison to Qix is, how they say in Singapore: Same Same, but Different. It’s not bad, just that it doesn’t have the playability of the original version which was released in 1981. I’ll admit that I haven’t figured out how to play it properly yet. Also, “it’s a trap”. haha. Here’s a comparison shot of the two. 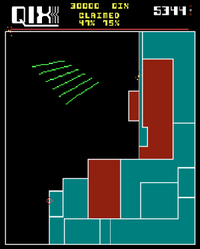 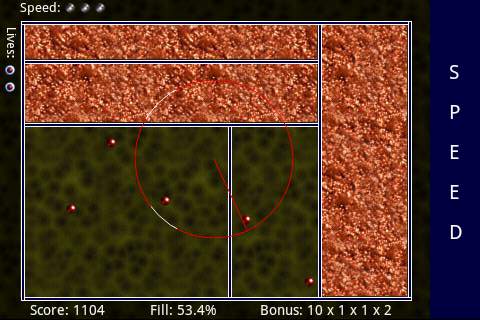 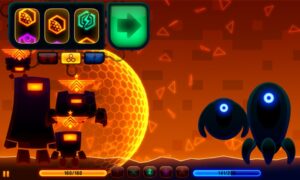 3.Robotek HD – This game came as a recommendation, which is interesting because it’s easily in my top 5 worst games I’ve ever played. Ok, you’re a robot on the left side of the screen and you have to defeat “The Mainframe” on the right side. All of your attack moves are based solely on the roll of the dice, or in the case of Robotek, the results of a slot machine spin. Yes, the results of the spin determine how much you get to attack that idiotic mainframe (which just looks like a rocket). Here’s a screen shot. The colors are vivid, and the music is what I envisioned Lounge Linux to sound like. This game sucks almost as bad as the formatting on this post. Jesus.

4. Sushi Slash – This was weird. Bunch of sushi pieces floating around and you’re supposed to slash them with your katana? What? But how do you win? Then I realized that you’re actually supposed to slash the sushi cutting board until there’s almost nothing left. Yep, this is the same concept as Trap aka Qix. One of the weirder re-packagings of a game I’ve seen. Sushi Slash ain’t bad and does take a little skill. The levels get more challenging too in a fun puzzle way. Look out for that flying sashimi! 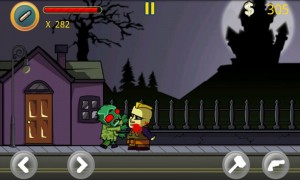 minutes. This side scroller goes on forever and it looks like that over there on the right. So yeah, if you see this game or have the opportunity to install it. Don’t. Run away. Run as if you were being pursued by rotting hordes of mindless corpses. You see, to actually sit down and play Zombie Village is to become one of them! Save yourself!