Giving guitar lessons requires a lot of energy, so what better meal to prepare than our never before attempted BFO Taouks? Yeah, Dan wants me to give him some hot slide guitar tips and I cannot do that on an empty stomach. So let’s get started.

The Chicken
Look, if we could use ostrich, we would, but no one sells it around here. So chicken it was.

We used a wok, so pour in a few teaspoons of olive oil and heat it up on medium until the oil begins to smoke, just a bit. Toss in the chicken and stir fry until the chicken is sealed. Squeeze the lemons in and continue to cook until them chicken is golden. Cook ’em how you like them, cause this part is a matter of taste.

Meanwhile at the tzatziki station…

Slice your cucumber (not a euphemism) in half, and remove the seeds. Dice it fine and then squeeze out the excess water. I’ll be honest with you, we intended to cut the cucumber into finer pieces but I didn’t have the patience. Hence, the larger chunks of cuke. Hence “Chunky style”.

Throw the cucumber in a bowl, dump in the Greek style Yogurt, crush that clove of garlic in there, and mix in the dill. Mix it all up nice and good and what do you got? Chunky Style BFO Tzatziki.

Now warm up the oven, and throw your pitas in there. No one like cold pitas to wrap their food in, so do that now. You might also want to slice up some tomato and lettuce. We didn’t have onion, so we used some endives (not pictured because they fucking sucked)

There. The tzatziki was awesome, although the picture could be better. What do you expect from an iPhone 4… 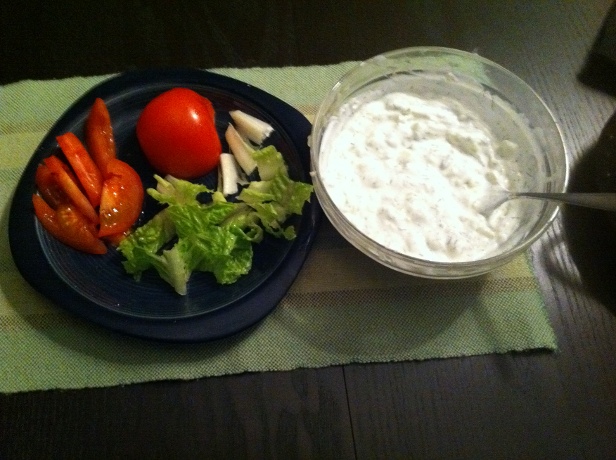 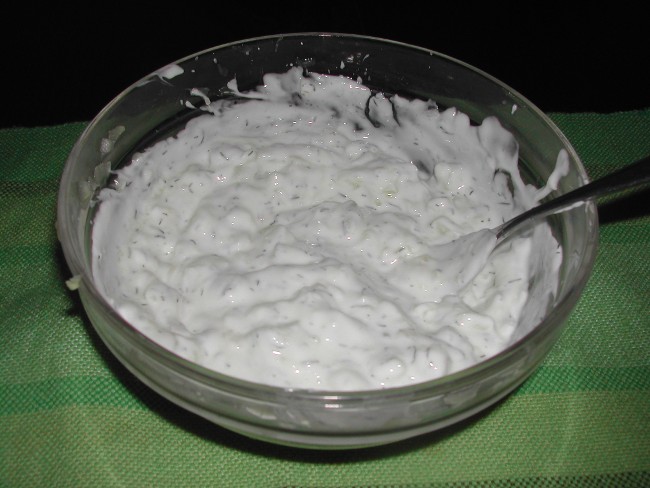 Now let’s bring in the chicken 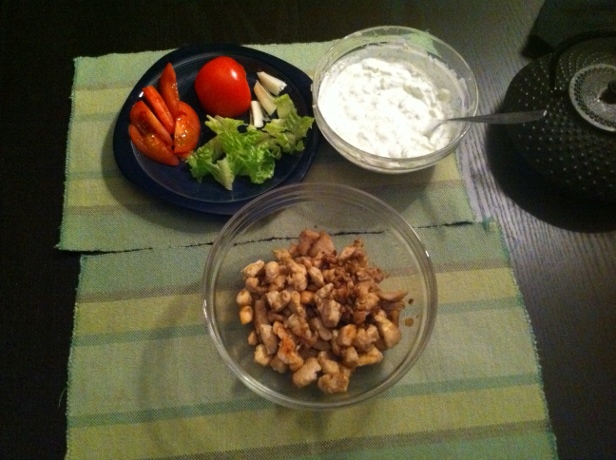 Now wrap it all together. Some people like to stuff their pita. I like to roll mine. Spread a healthy layer of tzatziki on your pita, then add the ingredients. Wrap it. Look at it. Take a picture of it. eat it. 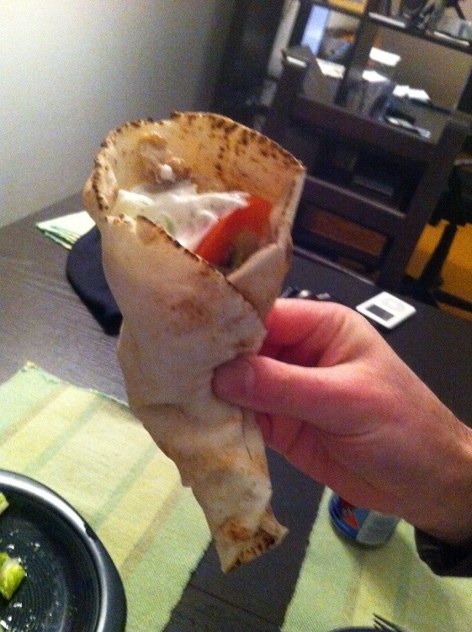 Kitchen Pro Tip: Do not squeeze lemon over your pita. It fucks it up. Sure, I ate it, but it didn’t need more lemon. 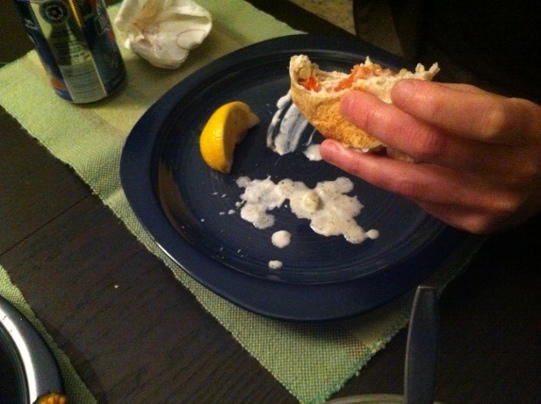