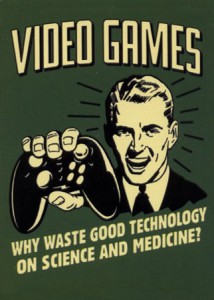 That’s right! Dan is on vacation! Dan is drunk. Dan has been playing a bunch of games. Dan wants to talk about them.

Let’s start with Final Fantasy 13 on PS3 (and Xbox 360): Yes it’s linear for the first 20-25 hours. Very much so. It’s a huge tutorial. But if you’re ready to accept that, it’s a FANTASTIC GAME. The graphics are out of this world. The combat rocks. The characters are rich, as is the background story. Every other review out there is angry at Vanille, and yes she’s fucking annoying, but I was so ready to hate her that I found myself kinda accepting her after the initial shock. If like me you wanted to love Final Fantasy in the past but often found yourself lost, wondering “is this the right way to play the game?”, well this installment was created for you. I give it 9 internetz out of 10.

Heavy Rain on PS3: Loved it loved it loved it. They really nailed the interactive movie thing. I finished it in 2 sittings (5-6 hours each). 3 bad things about it:

– The engine was supposed to deliver highly emotional 3D expressions, I don’t know what happened but they fucked up. The character faces look googly eyed and weird. We can see the potential though.

– Some ideas they included in the game feel half finished. Like the virtual reality glasses, they rock and we would love the game to expand on the concept. But they only make a very brief appearance. Makes them feel gimmicky. Also, the sex and the kisses. Nice try.

– The game is too short! But that’s a good bad thing. I understand how they needed to make it short in order to be able to deliver a quality product. I could’ve gone forever though.

Otherwise, I loved the mood, loved the rain, the graphics have that hard to describe quality where you know you’re dealing with a top notch product. They paid attention to details, the characters are compelling and the story has a lot of “HOLY FUCK!” moments. My ending was very depressing though. I gotta re-play it just to try and get something less emo. If video games are important to you, buy this one. If you just want a good time, rent it twice, it’ll be more than enough.

Final Fantasy on iPhone: That port rocks so hard, my mind is blown away. Ok there are some problems with the controls. Sometimes you have to tap twice, or let your finger rest longer on the screen for the buttons to work, and I still don’t know why or what or when or where. But the graphics, the audio, the sheer FF experience, it’s all there, and it works better than I ever thought an iPhone port could. UPDATE: Crashed on me 3 times since I wrote this. Still my favorite FF1 version. So there.

Space Miner on iPhone: Another jewel. For when you would love to re-activate your EVE Online account but just don’t have the time. This little game provides a lot of mining and ship upgrading action. Controls are top notch, graphics are a bit too cartoony for my tastes but they’re efficient and colorful.

Canabalt on the iPhone: You’re a guy who runs to the right and jumps. Things aren’t going well in the world. Top notch music. Game mechanics deserve an award.

So that’s what I have been playing. Once again, a little late on most of them, I don’t care.

Meet me next week for some steamy Nethack fanfic.