Well it’s time to upgrade and say goodbye to Jaunty Jackalope. With the recent release of Ubuntu 9.10, aka Karmic Koala, it had to be done.

Karmic Koala was released on 29 October 2009, and while I am a little late on my review, I will say that I wanted to wait it out. After the initial release, I was hearing a lot of grumbling about slowness and issues with upgrading as opposed to a fresh install.

The last time I wrote a review of the Ubuntu upgrade process was way back in April of 2009.There were some issues with that tracker bug, but that was finally resolved. This time however, the upgrade went really smooth. Actually, let me back up a bit: The first time I tried to upgrade (2 months ago) to Karmic Koala, I used my old PIII 500Mhz laptop as a guinea pig. The exercise went horribly wrong, and to no fault of Ubuntu. Yes, my old Dell Latitude PIII finally bought the farm. That 20Gig hard drive has done it’s final spin.

So I had no choice but to bite the bullet and try the upgrade on my main machine.

I’m happy to say that the upgrade went perfectly smooth. I was a little worried that some packages might break considering the history of package installation that my machine has, but that didn’t happen.

There was some initial slowness during the first boot, which is normal. Thunderbird and Firefox took forever to load. After the second boot, everything seems fine using the 2.6.31-16 kernel. Other than that, I have nothing bad to say about the Karmic Koala upgrade, so far. Time will tell.

I will say that the new splash screen is pretty slick. Click to enlarge: 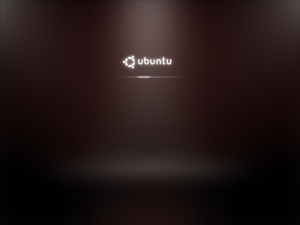 Addendum I: After using Karmic Koala for about three hours, a nasty little bug was revealed. It turns out that a ton of useless messages will get logged to /var/log/messages, kern.log, and syslog. The logs fill up to the point where / or /var/log fills up. I’m really surprised that this made it out into the field, and it’s extremely annoying. The messages in question look like this:

Good thing though, is that there’s a simple temporary fix that you can use from the Ubuntu forums. Check out post #57 here. Once you apply the fix, backup or delete the huge log files and restart rsyslog.

Aside from that (I know, it’s a pretty major bug), Karmic Koala is running very fast and snappy. I’m inclined to say that the slowness I experienced with Jaunty was the fault of Firefox. Now, with Firefox 3.5.6 on Karmic, browsing is extremely fast. I’ve been testing browsing in Karmic using Chrome 4 as well, and page loading is very fast there too.

Addendum II: After a good 4 days of using Karmic, I’m really satisfied with performance.  Chrome 4 is good, but not there 100% yet. All apps seem to be loading fast, and my Windows XP Virtual Machine is smoother than before. Plus, Firefox is still surprising me with page loading,  especially when clicking through Adgitize blogs and ads.