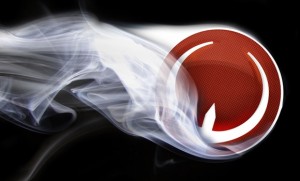 I only recently discovered it since I haven’t been in a gaming mood at all for months. Truth be told, I’m not much of a gamer, but I get an itchy trigger finger every so often. Maybe it’s the caffeine. Maybe it’s because I played paintball for the first time in my life 2 weeks ago.

Quake Live is based on Quake III Arena and essentially grew out of the Quake family of First Person Shooters. The thing about Quake Live is that it runs entirely within a web browser. No small feat, but the guys at Id are practically immortal in that thing that they do. After all, this is the company that brought us Commander Keen and Doom (which scared the crap out of me when I first played the demo off of a diskette on my old i386). Coming from someone who doesn’t know a lot about the gaming industry (Me), I think they’re pretty well respected all around.

Quake Live is also entirely free and would be so much fun to play if my computer could actually support it. It’s my video card which is really the problem. I just can’t render anything fast enough so I have to live vicariously through my friends who can actually play it. And the recommended system requirements are not all that far fetched either:

Needless to say, I meet all the requirements except the graphics card and I’m not even going to divulge what I have since it’s just too embarrassing and painful to talk about.

But trust me when I say that Quake Live looks awesome. My friends were having such a great time playing while I watched and longed for the day when I too could get in on that sweet, sweet frag action on the 25 or so maps that Quake Live offers. On a Core 2 Duo with a respectable graphics card, the game play is snappy. Stats for your character are also maintained online, which is pretty cool. Sadly, I don’t have any stats yet but when I do, they’ll be attached to ‘pwnz0rze’. The ‘o’ is actually a zero!

Oh yeah, one last thing. Quake Live can be played on Linux, Windows and yes, on a Mac. That’s the beauty of in-browser game play. I have yet to see it played on a Mac (if you have, let me know how it went), but Windows and Linux (Ubuntu and Fedora 11) were flawless.