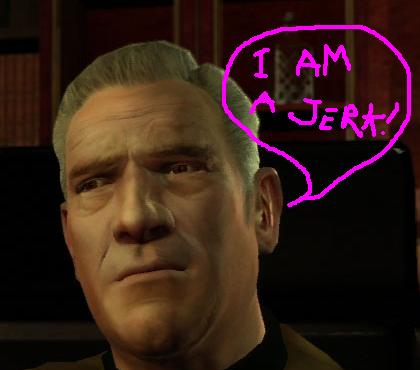 , I was under the impression that there was a TON of excitement ahead. Like, weeks of it! Man was I wrong. Now, I don’t wanna reveal any spoilers, but I’ll say this: Pegorino, you’re a big jerk!

In conclusion though, GTA IV is my personal favorite sandbox game ever. Even after having completed all the missions, I know I’ll come back to the game just to drive around, fly a chopper, kill innocent pedestrians and explore some more. And in a fucked up way, I think I’m gonna miss Niko. Kinda like when you’ve just finished reading a very good novel and you realize you grew attached to the characters, even the bastards.

I wish I had posted a big pro update but there’s really nothing to add to what I already said about the game, except maybe that the ending was challenging to the point of being frustrating. But it’s alright, the game itself is so awesome, I can forgive Rockstar for being a bit sloppy at the end.

Oh one last but very important thing, avoid the PC version. And between the PS3 and the Xbox 360 versions, I’d go with 360 just because of the awesome downloadable content. The first “episodic pack” was called The Lost and the Damned and followed a gang of bikers. There’s another pack coming called The Ballad of Gay Tony, and not much more is known about it at this point. Both packs are Xbox 360 only (so far). I’d really like to know what Sony did to deserve this…