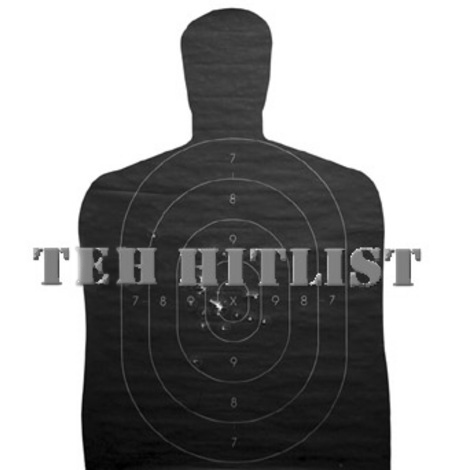 This is my last post about Zynga’s Mafia Wars on Facebook. You can check them all out here if you want. But man, there’s a lot to say on the subject. Hopefully with this post, I think I’ve covered it all, for now (note the non-committal tone).

Ah…the good old Mafia Wars Hitlist: the sole place where fighting match-ups are at their most unfair. Where else but the Hitlist can you (under normal gameplay) pit a level 15 Street Thug against a level 327 Master Boss? That place is indeed The Hitlist.

I love The Hitlist and I’ll tell you why in a minute. It’s true that there are a couple of reasons to hate it, but honestly, the worst thing is a bruised ego. But it’s a game, so even that should be a minor point.

Why it may suck to be on the hitlist:

Like I said in my previous Mafia Wars post you’ll end up on the hitlist if you attack somebody over and over again, day after day. One word of advice here: If someone puts you on the hitlist, the best way to retaliate is to do nothing. Ignore them and eventually, they’ll move on. Sure, they might be persistent and keep at you, but as you grow stronger (be patient, it will happen), you’ll soon be winning more fights than you lose, and the Hitlist will actually become a blessing in disguise.

Why you WANT to be put on the hitlist:

A few weeks ago, I was playing my Mafia Wars dude, leveling up, doing some fights, etc. After you’ve done a few thousand fights, you kind of stop looking at your opponent’s name. You check out their level, and mafia size, attack them and move on.

Well I guess Don Copeland got insulted. It’s possible that I killed him in the fight, but I really don’t remember. All of a sudden, I’m being attacked. Over and over again, Don Copeland is putting me on the hitlist, where indeed, I die.  Remember: no matter how strong you get, there’ll always be someone bigger and stronger than you. If you’re on the hitlist, sooner or later, someone will claim the bounty.

Anyway, at first I was annoyed. Then I started counting how many people were attacking me each time a hit was put out on me. I was losing in the end, but overall, I was winning some of the fights before someone finally took me down. In Mafia Wars, you gain experience when you win a fight, and you lose 6 experience when you die.

Overall, I would lose 6 experience for dying on the hitlist, but gain around 8 for winning some of the fights. The difference is +2 experience, so I ended up coming out ahead. And since this is ongoing, being put on the hitlist starts being beneficial over time.  And at level 73, it also becomes easier and easier to win fights.

Counting up the day’s hitlist stats, what do we see? (Don Copeland put me on the list 4 times)

So thanks, Don C! Highly generous of you for taking the time to remember me and prompt people to fight me. Maybe I’ll return the favor someday, but for now, I’ll take the free ride.