I truly, honestly, really was not going to write about Mafia Wars anymore. I swear. In fact, I was starting to distance myself from the game since I’d seen just about all there was to see once I got to level 90. But they’re crafty over there at Zynga, oh yes they are, and they just keep reeling you in. So welcome to a little post about the latest Mafia Wars expansion: Cuba

After doing most of the jobs in the original New York tier, many of us started to wonder what would be next. After all, you can’t just do the same old jobs over and over again. There isn’t a lot of fun in just getting experience. The fun is in how you get there. So, like most role playing games, an expansion was in order. Mafia Wars has had occasional add ons, like Robbing, and special loot. With Cuba, this is the biggest expansion I’ve seen in my time playing the game. It’s like, Mafia Wars x 2.

Without going into a huge amount of detail (yeah, I know 4 blogs on the subject already), let’s just say that Cuba offers a whole new range of jobs to do, new Cuba-centric weapons and loot, as well as new collections like tropical drinks, fruit, and beards! Yes, I said beards. There really is a Beards collection which is perfectly logical since cool beards go hand in hand with revolutionaries and badasses. I mean, just saying the word ‘Cuba’ conjures up images of Fidel pensively stroking his pubic beard while sucking on a Perfecto. 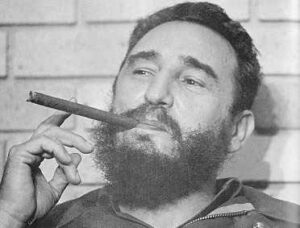 Mafia Wars Cuba also offers Businesses to ‘take over’, which you’ll need in order to generate some income. The income in Cuba is in Cuban Pesos too, which are kept in a separate bank from your Yankee dollars.

These businesses function differently from the New York properties in that they produce a product, whether it’s Sugar Cane, or Tobacco. Once you take over a business, you can invest in it so that it produces more output, which you can then cash out into cold hard worthless pesos. Like New York, you’ll need the cash to buy items for jobs. The jobs in Cuba require items not found in New York, so save your pesos for that CM Venga.

With this expansion, I think that interest in the game is somewhat renewed. I can only guess at future expansions like Mafia Wars Monaco, Las Vegas, Italy (Sicily), or Japan. Hmm…Yakuza Wars anyone? Zynga should totally hire me as an idea man.

P.S. Since this was first posted, Mafia Wars expansions have included Moscow and Bangkok (get your passport now!) with Las Vegas coming in 2010. New collections to vault have been added as well, including the ever elusive Money Laundering collection. Money Laundering is available in the New York tier and is dropped rarely. You’ll need to ask your Facebook friends for help looting it. Good luck. Or you can cheat and use one of the many greasemonkey scripts.

Update – Achievements in Bangkok: When you fight against either the Yakuza or Triad factions, your status will increase with one, but decrease against the other. Now there are 3 new achievements related to this: Dead or Alive, Hard Boiled, and Bangkok Dangerous. You only need to concentrate on Bangkok Dangerous which is to gain Allied Status in both factions at the same time. Here’s a tip on how to get it:

When fighting, see saw your attacks between Yakuza and Triad. Since each attack is based on the simple formula of +2 points for the attacker and -1 point for the defender, simply alternate your faction attacks and your status will increase in parallel with both factions. Eventually, you’ll hit Allied Status for both Yakuza and Triad, at the same time. This way, you can get all three achievements around the same time.