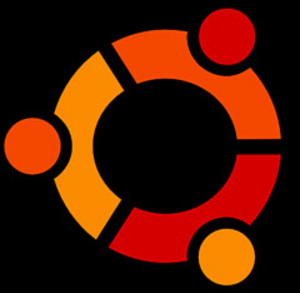 Well, it’s upgrade time once again! April 23 marked the release of Ubuntu 9.04 (Jaunty Jackalope), so I’m going to run through a little review while I upgrade my laptop which is currently running Ubuntu 8.10 (Intrepid Ibex). Both my laptop and my desktop are running 8.10, but I use my laptop as my sandbox in case anything goes wrong. Honestly, I’ve been running Ubuntu since Edgy Eft (6.10) and have never run into any major issues. The last few upgrades have been ridiculously simple and headache-free.

When I install or upgrade Ubuntu, I try to put myself in the shoes of the novice in order to gauge the ease-of-use for the end user. My experience so far has been good, with minimal knowledge required to get your system up and running straight out of the box.

The Upgrade
As a “best practice”, I usually like to do a full update of the current system (Intrepid Ibex) before doing the upgrade. The upgrade will install all of the newer packages anyway, even if your system is not up to date. I’m impatient today, so we’re going straight for the upgrade. So much for best practices, eh?

The number of packages required to download varies from machine to machine. Depending on what (and how many) packages you have installed will have an impact on the update process. In my case, I had to download 822 packages.

Alright, so you may have noticed that I’m not exactly running a bleeding edge system, but that is exactly the kind of system you want to try this out on.You get a good idea about an operating system’s performance when you install it on less than state-of-the-art hardware.

The upgrade is slated to take about 3 hours, which is to be expected for my ancient laptop, aka Methuselah. The last time I upgraded my P4 2.8 GHz (2 GB RAM), the upgrade was complete in under an hour.

Now we play the waiting game while the updates install. Once the updates are being installed, there’s really no need to hang around and stare at the screen as there are no prompts to wait for until the end. Of course, there will be a reboot.

Once the upgrade completed and the reboot was initiated, we’re treated to a smaller, sleeker, sexier splash screen. The logon screen has also been tweaked with a sleeker look.

After logging in, the Tracker Applet appears and asks you if you want to index the files “for faster searching”.  I selected “yes” to indexing, but it failed with this message: “There was an error while performing indexing: Index corrupted”

Hitting OK, simply brings back this message, so I hit “Reindex all contents”, which brings up the following dialog: Reindex your System? Yes/No

Whether you hit yes or no, the initial “Index Corrupted” error message stays on the screen. Hitting Cancel or OK, has no effect, and Re-index all contents isn’t an option right now, since we seem to be in a loop. Time to kill it.

I opened up a shell and ran top. tracker-indexer is running with the PID 3488, so let’s kill it off.  I also noticed that trackerd is also running, which looks like the daemon which is spawning tracker-indexer. Better kill that one off first.

From the shell I typed:

I ran top again and saw no sign of tracker running. Finally I was able to close the Tracker error dialog.

On reboot, I got the same problem.  A quick Google search confirms that this is indeed a bug. If you want to read about it, you can do so here -> Bug #346912

If you’re running into the same problem, you can disable indexing like so:  System > Preferences > Search and Indexing > General > uncheck Enable Indexing and hit ‘apply’.

I’m not going to get into how to remove tracker, since this is just about the upgrade. Unfortunately, this is an annoying little bug which I hope the folks over at Canonical will address quickly. Otherwise, the process was similar to previous upgrades (Gutsy Gibbon, Intrepid Ibex).

So that’s it. A “relatively” painless upgrade + 1 annoying and obvious bug. New features? Haven’t discovered them yet. Will I upgrade my primary machine? Not yet. I’m still a fan of Ubuntu, but we’ll test drive the old laptop for a few weeks first.

I’ve now updated my main machine to Jaunty. Prior to doing so, I made sure that Search and Indexing was disabled first, and on reboot the tracker bug didn’t manifest. So, all in all, a very smooth upgrade with an easy to avoid minor bug. I’m using Gnome at the moment, and dialog boxes have clearer and sharper lines. At first glance the upgrade is easier on the eyes and performance feels lighter, with snappier window switching.  So far so good.

P.S. If any of this was at all helpful, we’d love to hear your comments!